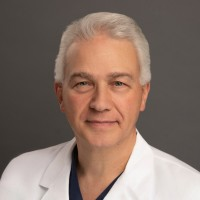 Dr. Andrea Natale the Executive Medical Director of the Texas Cardiac Arrhythmia Institute at St. David's Medical Center in Austin, Texas, and the National Medical Director of Cardiac Electrophysiology for HCA Healthcare. In addition to his medical practice, Dr. Andrea Natale is a dedicated researcher in the field of atrial fibrillation. Andrea Natale's focus is on the advancements of treatment for atrial fibrillation, as well as more conventional treatments such as electrophysiology.

Dr. Andrea Natale was privileged to be the very first electrophysiologist in the United States to perform percutaneous epicardial radiofrequency ablation, which is a treatment for people who don't have success with conventional ablation treatments.

In his stellar career, Andrea Natale has received many accolades, among which the Cleveland Clinic Innovator of the Year for several years in a row, the Frist Humanitarian Award in 2012, the 2017 Eric N. Prystowsky Advocate for Patients Award, and more recently the prestigious Star of Texas that honors one individual each year for their outstanding contribution to healthcare in the state of Texas and nationally.