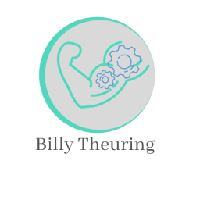 Over the last several years, Billy Theuring has earned himself a reputation as a trusted orthopedic medical device representative. Currently living and working in Phoenix, Arizona, Billy makes time to treat every patient with personalized attention, especially veterans of the Armed Forces, where he has his first introduction to the medical field. While serving aboard the U.S.S. Constellation as a Fly Two Petty Officer, Billy Theuring got a lot of satisfaction from making soldiers’ lives easier through the use of his orthopedics. He made a vow to continue that work after entering the private sector.

In his professional career, Billy works within the Medical Device industry as the Arizona Territory Manager for Medartis, Inc. in Phoenix. On top of managing the territory for the company, Billy has established a career where he’s widely recognized as a subject matter expert on all matters regarding the total Tedartis Product Line. He has grown his region extensively across his six-year tenure and achieved the highest third Percentage to Quota in the United States in 2019.

Billy has several hobbies outside of his career. He loves undertaking DIY and home renovation projects and is also an avid boating hobbyist with a love for the open waters.