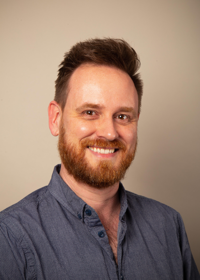 Writer and artist Cameron Stewart was born in Toronto, Canada in 1975, moved with his parents to Torquay, England for several years, then returned to Canada where he still lives.

Cameron began his career working as a storyboard artist under the direction of his mentor, director Darwyn Cooke, during production of the Sony/Dreamworks Animation series Men In Black. But it was in 1999, following a review of his portfolio at the San Diego Comic Con, that his career really began to rev up. He was hired by DC Comics to draw an issue of its title Scooby Doo, starting a long career with the publisher.

Cameron was then paired with Scottish comics writer and playwright Grant Morrison, with whom he collaborated on the acclaimed cult comics series The Invisibles. It was also around this time that Cameron and several industry friends had the idea to co-found the Royal Academy of Illustration and Design (RAID), a collective of freelance comic book artists, writers and illustrators that exists to this day.

Cameron’s collaborative efforts continued as his profile continued to grow. He worked with writer Ed Brubaker on the superhero-noir series Catwoman, then returned to collaborating with Morrison on a series of collaborations that included the absurdist superhero fantasy series Seaguy, its sequel, Seaguy: Slaves of Mickey Eye, The Manhattan Guardian, part of the epic Seven Soldiers series, Batman and Robin, Batman Incorporated, and Multiversity: Thunderworld, a fan-favorite re-interpretation of the character Shazam.

In 2007, Cameron Stewart took time off to visit Vietnam, touring the breadth of the country as part of his research for The Other Side, a graphic novel he would illustrate next in collaboration with writer Jason Aaron, and which would receive an Eisner Award nomination for Best Limited Series.

He then had another original idea—developing a long-form graphic novel that he would eventually introduce as a serialized webcomic. Entitled Sin Titulo, the project was planned as a semi-autobiographical noir thriller inspired by the works of David Lynch and Haruki Murakami that would eventually win a 2010 Eisner Award for Best Digital Comic before Stewart completed and published it as a graphic novel in 2014.

The year 2015 brought two major breakthroughs for Cameron. He illustrated the sequel to the acclaimed cult novel Fight Club, written by original author Chuck Palahniuk. The book would spend six months at number one on the New York Times’ Graphic Novel bestseller list. He also spearheaded DC Comics’ wildly popular revamp of Batgirl with a character that was reimagined with a pop art format for the young adult market. The Batgirl creative team followed up the project by creating Motor Crush, an original science fiction series.

Since then, he’s illustrated a third Fight Club book by Chuck Palahniuk, and re-teamed with Brubaker for a short Catwoman story in honor of the character’s 80th anniversary.

When not drawing, Cameron Stewart travels extensively, enjoys cooking, watches films and other long-form narrative stories that he says inspire him, and loves to cycle. He’s also an accomplished amateur photographer.