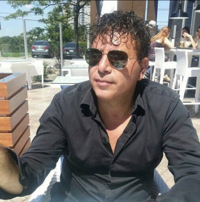 Carlo Parentela is an experienced CEO and entrepreneur with a demonstrated history of working in the hospitality industry.

At the age of 5, Carlo became immersed in his family’s catering business As he grew older, he helped with tending the bar, waiting tables and washing dishes. He even assembled entire events/weddings on his own. During this time, he became aware of the sociological aspects of the event industry.


In the 1980s, alongside his father, Carlo Parentela opened "Le Jardin de Toronto Banquet Hall" as a one-room banquet facility. One year later, Carlo purchased Le Jardin and opened a second room on the premises. He grew it from an 8,000-square-foot facility to a 74,000-square-foot facility. Today, the venue is known as Chateau Le Jardin Conference & Event Venue and is a dominant player for weddings and corporate events.

In 1995, Carlo took over the catering operations at Hunters’ Glen Golf Club in Kleinburg. Sales at Hunters’ Glen increased by over 300% the first year and to over 450% in the second year with the addition of a tent facility and then a second tent facility. In 1998, he opened the Private Box catering of the newly created Hershey Centre in Mississauga, as well as managed the operations of the Icebreakers Sport Café at Iceland Hockey Arena.

In 2005, there was the development of 230 residential lots in Barrie, Ontario at the corner of Yonge Street and Mapleview Drive. The development has now increased to almost 2000 residential units with a GO Train Station next to the subdivision.

In 2009, Carlo launched Long Valley Productions (LVP). Under LVP, there are two industry-related businesses: Find a Banquet Hall, an online directory for venue searches; Last Bride Standing, a TV series that became a hit over two seasons in Canada on Sun TV. In 2010, he created “Toronto’s Bridal Show”, which became the Bridal Show to attend.

Presently, Carlo is working on the final expansion of Le Jardin, with the addition of the new Hotel, called “Hotel Vie”. The Hotel will boast 250 guest suites and 50 office suites overlooking the expansive lobby and is geared towards businesses in the hospitality industry.