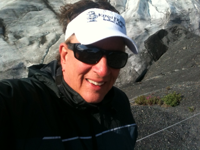 Daniel Prechtel is an Atlanta, Georgia-based business leader who served eight years as president of Franchise Atlanta and presently serves as president of OneSource Venture Capital. In this role, Daniel Prechtel matches accredited angel investors with business owners who have promising ideas and require capital investment. He primarily focuses on first and second-stage funding of single-investor projects ranging from between $500,000 and $5 million.

Beyond his professional pursuits, Daniel Prechtel is an American Sailing Association certified sailor who enjoys spending as much time as possible on the open water. He owns a variety of boats, but his favorite is a 16-foot Hobie catamaran, a fast boat which can be operated alone and sailed anywhere. In addition to boating, Mr. Prechtel is a passionate college football fan who counts the Ohio State Buckeyes and the Georgia Bulldogs as his favorite teams, in large part due to his respect and admiration of their head coaches.