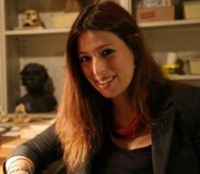 Expert in Pre-Columbian Population and Health

University of California at Santa Barbara

Bioarchaeologist Danielle Kurin, PhD, focuses her work on South American pre-Columbian history. Danielle Kurin has led and contributed to several research programs based in the Andean states, and participated as a field archaeologist for major projects such as Sondor and Wari based in Peru.

she has developed projects and mentored dozens of students in researching the archaeology of the Apurimac region of Peru. She and her collaborators have unearthed more than 60,000 human remnants--skulls and bones of the Chanka people, who populated the region between the 10th and 14th centuries. Forensic and isotope analyses of those remains provides a profile of the health of that population over time, how people moved about the region, and how people suffered from everyday injuries and warfare. Among the most important of her findings was the importance and correlates of cranial modification. The Chanka developed ethnic-like social groups marked by the modifications of skulls in infancy, so that members were recognizable as either "round-headed" and "elongated-headed". She also discovered skulls indicating the techniques ancient Chanka used to perform brain surgery--frequently required to relieve inter-cranial pressure caused by injuries resulting from local warfare. Kurin found that medical innovation followed crises and trauma in ancient society. , Additionally, her analyses provided important insight into the movement of ancient indigenous people in the Andes--both from one region to another, as well as in elevation, from high plateaus to river valleys.