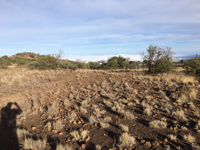 Cream Ridge, NJ, resident Edward Granaghan draws upon experience over the past several years, he has held leadership positions with several New Jersey and New York companies while gaining extensive experience in areas such as financial operations, policies and procedures and financial systems. Edward Granaghan also draws upon a proven expertise in management principles such as strategic planning and process improvements.

Mr. Granaghan began his career in 1993 at Deloitte & Touche, a role in which he provided financial consulting services to domestic and international companies. In 1998, he left Deloitte to accept a position at Lazard Feres Asset Management in New York City, where he led global financial operations for a company that managed more than $70 billion in assets.

Mr. Granaghan built upon this experience in subsequent positions as chief financial officer for FiberNet Telecom Group and at American International Group (AIG). Among which are he guided the design and implementation of a global ERP system across multiple countries.