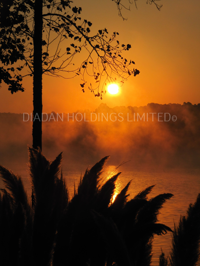 Working and residing in Nova Scotia

Eileen Richardson is an ordained minister, ordained in both Canada and the United States, who ministers, works, and lives in Nova Scotia.

Spirituality is at the core of Eileen’s life. She was previously involved with Focus on the Family, and helped the organization launch its magazine for single parents in the 1990’s. Her main passion in life is missionary work. Eileen Richardson has been in partnership with a missionary in Asia for over 20 years, and was previously the Head of Missions with her church that travelled overseas every ten or eleven months.

In Asia, Eileen’s missionary work involved teaching in local Bible Schools, working with medical clinics, orphanage work, relief efforts, and more. She also personally founded a ministry and ran it for eight years. Besides her own personal missionary work and her past roles with Focus on the Family in Canada and the United States, Eileen has also been involved with the World Vision organization for more than 30 years. The President of World Vision was once so inspired by her work that he used Eileen as an example to the Board of why they exist.

When she isn’t ministering or otherwise working on church efforts, Eileen Richardson enjoys photography, and often gives photographic artwork as gifts to friends and family. Eileen also enjoys skiing, and particularly appreciates skiing peaks such as Whistler/Blackcomb, and Grouse Mountain in Newfoundland. She likes to joke that she started skiing back when wooden slats and bear-trap bindings were part of the normal equipment.

Eileen also enjoys the theatre, and as a teenager, she was part of a nationally-recognized theatre herself. Riding horses in Nova Scotia and abroad, scuba diving, and cycling are chief among Eileen’s other varied interests and hobbies.

Eileen Richardson is the former owner of a recording studio in Los Angeles that hosted many contemporary artists and acts, as well as beloved music icons of the past. The studio also accommodated many popular film projects. But these days, Eileen’s focus is mostly on ministry and missionary aid, and in her continuing support of World Vision.