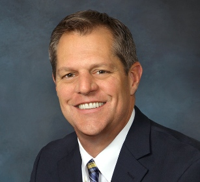 Eugene "Gene" Houchins III is a respected Atlanta entrepreneur who guides American Life Fund Corp and provides coordinated, client-driven services. A core focus of Eugene E. Houchins III is ensuring that life insurance coverage holders can obtain needed funds in a timely manner to pay for the treatment of serious illnesses as well as daily living expenses. He and his team work to achieve loans or sales of these life policies, with the resulting proceeds going to those in need.

Mr. Houchins’ route to his present position included more than a decade in the oil and gas industry undertaking engineering projects across the world. Settling in Georgia, his native state, and starting a family, he began researching the insurance sector as a potential area for his father to invest his savings.

Consulting with a financial partner, Gene Houchins gained insight into how life settlements can be purchased and sold in ways that benefit aging policy holders. He established American Life Fund Corp after identifying a sizable market niche that was not being met.

Away from work, Eugene E. Houchins III is an avid college football fan who has also coached sports at a variety of levels, including middle school and Little League.