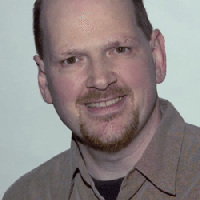 Too busy to rest. That was Greg Rice’s problem. He’d become a “doing” machine. But exhaustion was shutting him down. The son of a preacher, Greg had learned how to hide behind doing all the right stuff for the wrong reasons. The fear of rejection nurtured an immunity to authenticity. “I was consumed by the rules of Christianity. My pace for productivity was frantic,” says Greg. “I’ve been learning that His plan for me begins with my willingness to slow down and rest in Him.”

Greg brings a musical message of rest to those imprisoned by working for their identity. His disarming demeanor help others see that being genuine doesn’t have to be hard work. “My desire is for people to leave a concert with a willingness to trust the Lord for what really needs to be done,” says Greg. “It’s the partnership, not our work ethic, that dictates spiritual growth. When faced with a choice, His desire is that we simply sit at His feet and listen.”

Greg’s work history includes extensive touring nationally and internationally. As a Liberty University student, he traveled with Jerry Falwell, later with Spirit Bound and The Crownsman. His love for jazz music influences a pop vocal style reminiscent of Al Jarreau.

Greg Rice would love to share his music ministry with you. Although he has an active concert schedule, he’s not too busy. However, the rest is up to you.