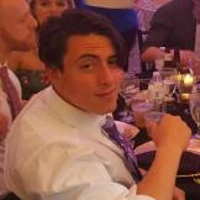 A skilled artist who resides in Ohio, Griffith Robert “Griff” Littlehale has created commissioned artwork for a variety of events in his community. Experienced in sketching and digital design, Griffith Littlehale designed a poster to promote a local theater production of West Side Story at a local university. He has also produced Christmas and Thanksgiving cards for a nearby church, as well as various logos.

Outside of his artistic endeavors, he possesses wide-ranging interests in the humanities and sciences. Griffith Robert Littlehale is particularly partial to philosophy and admires thinkers such as the French scientist and mathematician Rene Descartes. He also admires the journalist and philosopher Albert Camus, who received a Nobel Prize.

A voracious reader, he counts the 19th century Irish poet and playwright Oscar Wilde as among his favorite authors. He also likes the American author and screenwriter Bret Easton Ellis. In addition to his affinity for reading, Griff Littlehale has an interest in organic chemistry.