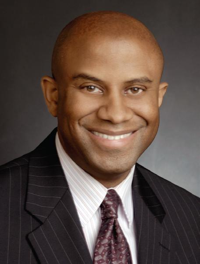 Joel Miller is responsible for the intrinsic planning of site development for the execution of conservation strategies. He formerly served as head Private Equity Fund management & investor relations related to Real Estate tax mitigation strategies for Cambridge Capital Partners. Mr. Miller, is also responsible for identifying investable assets for a select group of Private Equity firms representing billions of dollars in capital. They also arrange debt and equity to acquire or recapitalize real estate assets. He has served as strategic adviser to one of the nation's top ten wholesale mortgage banks and has served as a consultant on a financial institution merger. He has served as an adjunct Professor of Economics at the CSU- Mgmt. School of Business. In late 2008, he received the privilege of being a secondary adviser to President Barack Obama's Transition Team on the topic of the housing crisis & the economy. The Atlanta Business Journal named Mr. Miller one of the Top 40 under 40. He formerly the hosted and produced of the "Mortgage Minute" and "The Joel Miller Show" on Business Radio 1160AM The CFO.