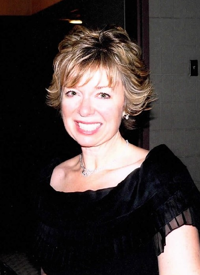 Karen McCleave’s dedication to public service has many dimensions. For more than 30 years, she was an Assistant Crown Attorney who appeared in the Ontario and Superior Courts of Justice, primarily in York Region, Dufferin and Simcoe counties.

Karen handled a varied caseload including domestic, sexual and child abuse, complex frauds and murders. She conducted many jury trials, including lengthy murder cases. She had carriage of many high-profile and sensitive matters, such as victims with intellectual and physical challenges.

Some of her notable responsibilities in this position included:

- Tasked with establishing Ontario’s first integrated Case Administration Unit, which included interviewing, training and supervising paralegals. This unit handled all criminal files in the region and worked with police agencies to combine offices for intake and screening of cases.

- Authored a Training Manual, distributed throughout the province, for the paralegals.

- Intra-office lead on special projects such as implementation of new legislation.

After departing the Crown’s Office, Karen further served in 2017-2018 as a policy advisor to a Senator in Ottawa.

Long active in community and civic affairs, Karen served for nine years on the Board of Directors of Blue Hills (now York Hills) Child and Family Centre, a children’s mental health agency. During that time, she developed expertise in governance, by-laws and policies concerning not-for-profit agencies.

In addition to her career accomplishments, Karen’s philanthropy work includes raising money to support local, Canadian and international charities. She has also been active as a volunteer at such programs as Feed the Hungry, Salvation Army, Courthouse Food Bank Drive, and the Simcoe County High School Mock Trial program.

Karen has a dedication to educating others; she taught Crown colleagues, municipal, provincial and military police, provincial prosecutors, paralegals, and community organizations throughout Ontario. She has also spoken at numerous conferences. She is the recipient of the 1998 Doug Lucas Award for excellence in the pursuit of justice through science and the recipient of two Ontario Excelsior Awards (2004 and 2013), for Outstanding Achievement.

In November, 2020, Karen was appointed by the Attorney-General to the Justice of the Peace Appointments Advisory Committee (JPAAC) for Central East Region. She is the Law Society's licensee member on that Committee.

Karen McCleave enthusiastically supports live music and art, especially that of Canadian painters. This passion led to an appointment in 2020 to the Board of Trustees for the McMichael Canadian Art Collection.