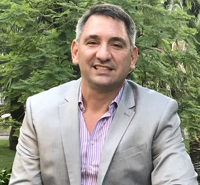 After earning a medical degree at Ross University of Medicine, Dr. Matthew Taub began his residency in internal medicine at the University of Medicine and Dentistry of New Jersey. He subsequently became a fellow in hematology and oncology at New York Medical College. During his fellowship, Dr. Matthew Taub earned the accolade of Best Fellow at St. Vincent’s Medical Center. Moreover, he served as the chief fellow of hematology and oncology during the last year of his fellowship.

Dr. Matthew Taub holds membership in the Florida Medical Association and has sat on Memorial Hospital Miramar’s multidisciplinary committee for a number of years. Furthermore, he is a member of the Eastern Cooperative Oncology Group.