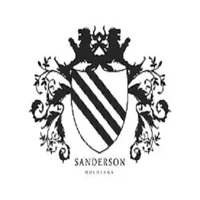 Alastair Sanderson from Oxford in the United Kingdom started his first business with his brother Richard Sanderson in 2009. Since then they have been involved in a number of projects together including, LFA Machines Oxford Ltd, The Oxford Health Company, Educake and Bar De Cru.
In 2016 Alastair and Richard set up their first overseas company in Fort Worth, Texas in the USA. They now run companies on 3 continents that primarily focus on food and pharmaceutical manufacturing.