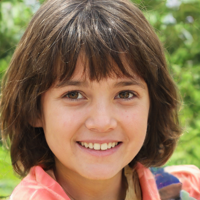 But , you say, YOU are a woman. How can you tell us such things? Look, Reader Who Asks a Convenient Question, let’s face it — it is clearly because I am just that much more wonderful than most men. Almost embarrassingly so. Nothing I can do about it; it’s like a birth defect. It’s a curse, really. Also, I’m not trying to sleep with you right now, so I have no reason not to tell you stuff.

When he’s full of crap. Some men like to think that they are experts on everything. Some will even go so far as to begin a list of 10 things without even knowing what will go ON such a list. Don’t be surprised by such behavior. (Or by such “behaviour” if you are from over in that Europe or up in the Canada.)
How he’s feeling: Really, don’t bother. As I mentioned in THIS post, he doesn’t know. Don’t bother — you probably know the answer better than he does anyway.

What he’s thinking. Similar to feelings, we don’t know. Well, either that, or we’re thinking something that we KNOW you don’t want to hear. I mean, if we’re out at a romantic dinner and you’re gazing into our eyes longingly, we’re pretty sure you don’t want to hear that we just figured out how to get past a really difficult place in the video game we’ve been playing. Don’t hope for the truth on this one. If it’s any consolation, you don’t want to know anyway.
How your outfit looks: As I said HERE, we can’t really tell you this because A.) we don’t know what you’re really asking, and B.) we don’t care about clothes enough to form a useful opinion.

If you look fat/lousy/etc.: Unless you’re in a relationship with an alien on his first day impersonating a human male, he won’t respond to such questions. Most Earthmen with half a brain aren’t going to tell you that you look anything but great. If you really need to know (you’re going on a job interview or meeting a foreign dignitary or something) ask a girlfriend. She’s better at that anyway.

If all he wants is to sleep with you: He knows that’s never going to work. For the most part, even dumb guys aren’t THAT dumb. Luckily, his behavior will tell you. (See HERE for more info.)

That he fantasizes about other women. He does, but he won’t tell you about it. So don’t ask, unless you happen to like the sound of the words, “Wh–? NO! Of COURSE not!” (Note, this doesn’t mean he doesn’t like you. It’s just our brains saying, “Ah, a woman. Wonder what it’d be like to do sex to her. Got it. Great. Let’s move on.”) Don’t worry, it won’t last long. Just like in real life.

That he has gotten lost. Because he’s NOT lost. He just hasn’t found the way there yet. Or he is about to crash into a tree due to a faulty GPS device, and he needs to concentrate on that right now.

Did I mention that we won’t tell you when we’re full of crap, even when we tell you something specific, like the “fact” that we’re going to list ten things about something?
This is just a short list of stuff a guy won’t tell you. If it helps any, you’re really not missing anything. Don’t we talk enough as it is? Gosh, I know I do.