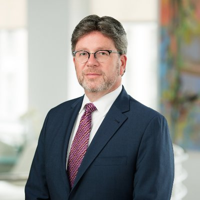 The recipient of a bachelor's in political science and a juris doctor, Norman Kinel is a New York-based restructuring and insolvency attorney with over 30 years of experience. Early in his career, Norman Kinel was an associate with Cadwalader, Wickersham & Taft and subsequently has been a partner at various prominent New York City law firms, including Whitman Breed Abbott & Morgan, Brown & Wood, Sidley Austin, Lowenstein Sandler and Squire Patton Boggs, specializing in corporate reorganizations and creditors' rights. Additionally, he founded and grew to 15 lawyers the corporate reorganization and bankruptcy department at a New York City based law firm.

Since joining Squire Patton Boggs in 2015, Mr. Kinel has represented corporate clients in large-scale Chapter 11 cases. In 2016, Turnaround Atlas awards were received in connection with his representation of unsecured creditors' committees in the chapter 11 cases of Midstates Petroleum and Constellation Enterprises. He represents all parties in bankruptcy proceedings, including debtors, lenders, creditors and committees of creditors, equity holders and retirees.