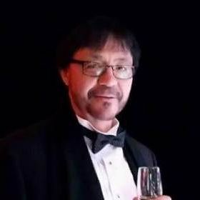 A US military veteran, Stephen Cio Burrell pursues diverse interests. Appreciative of the bond that can develop between humans and animals and birds, Stephen Franklin Cio Burrell raises horses and hawks, and enjoys hunting with the latter. He also enjoys motorcycling, scuba diving, and martial arts, and has achieved the sixth Kyu in Aikido.

Mr. Burrell has published multiple papers and books throughout his career. He wrote the book "Weekend With Rita,” as well as the book and screenplay “Thieves in the Choir.” His article “The Beginning” appeared in New Mexico Magazine, and his piece “I Am” reached business and government leaders through the National Journal. He also greatly values spending quality time with his children, his family, and his friends.

In addition to his hobbies and interests, he spent nearly two decades working for the US Government. This included serving as a case officer and providing analysis of statistical data and operative oversight.