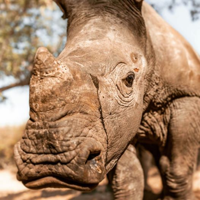 This was the primary time the young Springbokhad strayed from his mother’s side. He stood chewing at new roots near a thorn bush. He heard the whisper of a sound, an imperceptible movement. He turned his head and investigated the shadows of the thorn bush. He knew it had been too late therein blink of an eye that his eyes made contact with the lioness and she or he pounced.
The lioness gripped the nice and cozy buck in her powerful jaw, dragging it back to the shadows of the thorn bush where her three cubs waited eagerly for his or her first real meal. She was pleased that this feast would be tasty and tender. Now that they were three-months-old, it had been time to start out teaching them the ways of the bush. From her, they might learn life skills and the way to become accomplished at hunting before venturing out on their own.

The pleasure she felt at watching her young devour the meat was tainted with fear – fear for his or her survival due to indiscriminate and brutal poaching during this northern region of the Kruger park (KNP) bordering Mozambique. Their two-legged enemies were hunting them right down to harvest body parts to feed an insatiable Asian demand for luxury products. aside from lion teeth and claws, there was an ever-increasing demand for bones to form an exclusive lion bone wine, much in demand by an upwardly mobile Asian market.
As the lioness pondered the delicate future facing her cubs, little did she know that her species was under the spotlight of untamed and Free Foundation (WFF). The founders of this non-profit organization are working tirelessly with the chiefs and elders of human settlements bordering the KNP to supply an alternate solution within the ongoing war against poaching.
The war against the African lion is real. The decimation of this species, the